Pirates and treasure in Capistrano 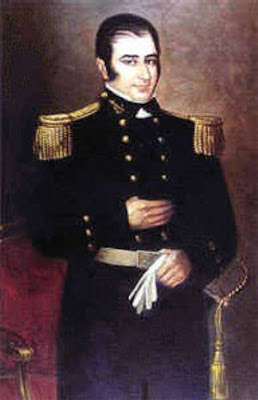 In December 1818, privateer Hippolyte de Bouchard brought his two ships, two cannons, and 140 plundering pirates into what's now Dana Point Harbor and turned them loose on San Juan Capistrano. A Frenchman who joined the Argentinean navy when that country was breaking away from Spain, Bouchard was working his way through Spain's holdings throughout the Pacific and leaving as much of an impact as he could muster. As he worked his way down the California coast, the Mission at Capistrano seemed a "soft target" where he could easily resupply his ships before heading back to Argentina through even more hostile territory. 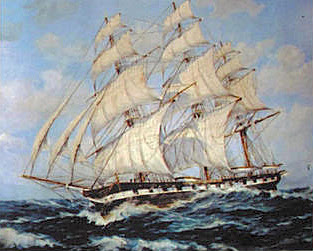 The ships, La Argentina (shown above) and La Santa Rosa, arrived on December 16th. When Bouchard requested food and ammunition, the mission's small military garrison responded that they "had enough gunpowder and cannonballs" for him.  The pirates responded by sending 100 men into the town to loot and burn. The soldiers shot six of the pirates before they were forced to retreat into the hills.

The ensuing raid lasted two days. In the process, they burned some of the homes, the mission, and drank the padres' sacramental wine. They set sail on Dec. 20th, never to darken Orange County's shores again.

As it turns out, the pirates didn't get away with all of the valuables of the Mission and the townspeople. Luckily, word of Bouchard's approach made its way down the coast about two days sooner than the pirate himself, and the locals took the opportunity to take their valuables out into the hills and bury them for safekeeping.
Undoubtedly, these treasures were dug up again after the coast was (literally) clear -- especially any of the valuable alter pieces from the Mission.
Unfortunately, many early Orange County adobes have been dug up and destroyed by dim-witted treasure hunters over the years.  Every one of the sites they dug up was, as you'd expect, completely treasure-free.
However, we know of one documented site where treasure was hidden that has not been dug up. It's now about eight feet under the VIP reserved parking spots at San Juan Capistrano's City Hall. 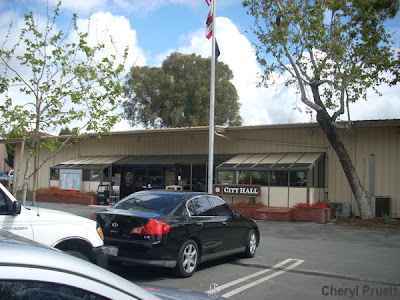