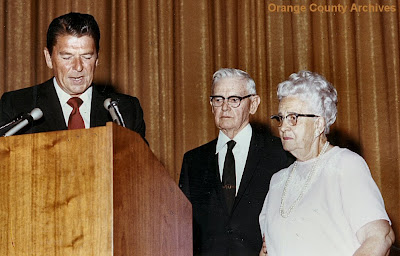 Sunday, Feb. 6th would have been Ronald Wilson Reagan's 100th birthday. No matter what your party affiliation, it’s hard to argue that Orange County wasn’t the heart of “Reagan Country.” Support from Orange County played a crucial role in his 1966 gubernatorial campaign and both of his presidential campaigns. Reagan himself once said (somewhat cryptically) that “Orange County, is where the good Republicans go to die."

The photo above shows Governor Reagan at Knott's Berry Farm in 1971, celebrating the 60th anniversary of his friends Walter and Cordelia Knott. The image below shows Reagan as one of the three hosts of the national broadcast of Disneyland's opening day in 1955. 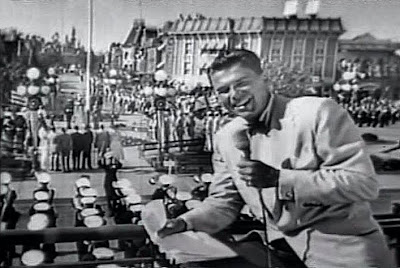 As president, Reagan's greatest contribution was ending the Cold War and the threat of what he aptly called the “Evil Empire.”
.
He also played a crucial role that some presidents have sadly overlooked: National cheerleader. This wasn't a political thing so much as an innate capacity that some presidents (regardless of party) have, and others do not. Reagan's earnest yet cheerful optimism and his faith in America were contagious, and helped pull our country out of the “malaise”/pity party of the 1970s. 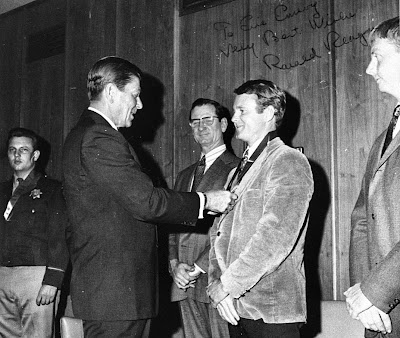 Governor Reagan bestows a medal to Huntington Beach lifeguard Eric Emery in the photo above. The image below is from the Newport Beach event that launched his gubernatorial re-election campaign in 1970. 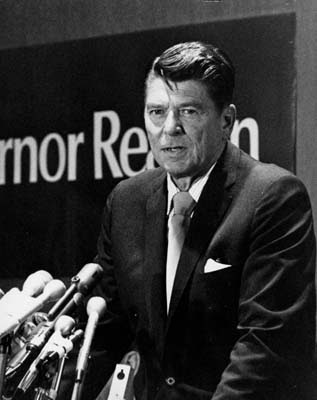 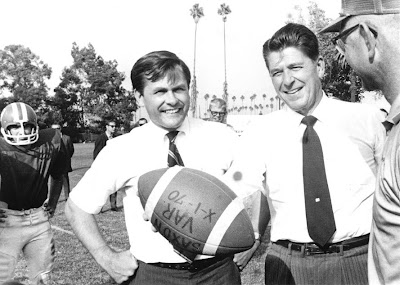 Guy Ball will be signing his latest book, Images of America: Tustin, on Sat., Feb. 5, 10am-2pm, at the Tustin Area Historical Society Museum, 395 El Camino Real. I’ve only had a chance to thumb through the book briefly at this point, but it looks great so far. I’ll post something more about it after I actually read the thing.
.
The Vintage Paper & Postcard Fair is returning to the Glendale Civic Auditorium this weekend. It’s worth the drive, and you can usually find some good Orange County stuff. I'll be there on Saturday. Try the enchiladas at the lunch window, they're great!
Newer Post Older Post Home