Why is She famous | Holly Madison 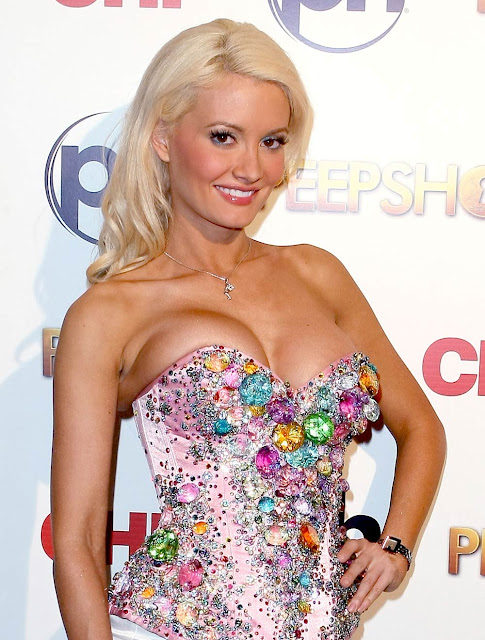 BIOGRAPHY
Born on December 23, 1979, in Astoria, Oregon, Holly Madison moved at a young age to Prince of Wales Island in Alaska. It was there that she developed her love for nature, spending endless hours observing animals and playing in the woods. However, the move wasn't permanent and Holly and her family returned to Oregon during her early teens. Reflecting upon those awkward years, Holly recalls, "I look back on my middle/high school days and see an Alaskan fish out of water who wasn't good at socializing or fitting in."

Fortunately, this "Alaskan fish" survived her formative years, and upon graduation, Holly enrolled at Portland State University, where she chose to study theater and psychology. Holly stayed there for two years before bolting for the sunnier climes of L.A.'s Loyola Marymount University.

Why is She famous
In addition to being Hugh Hefner's main squeeze, the former Hawaiian Tropic model is also one of the sexy stars of The Girls Next Door.Before moving into the Mansion, Holly gave Santa Monica residents two very good reasons for eating at their local Hooters
Although not yet a household name, Holly has accomplished a great deal since moving into the Playboy Mansion in 2001. The former Hawaiian Tropic model has appeared on talk shows like The Sharon Osbourne Show, The Tyra Banks Show, The Big Idea with Donny Deutsch, and Larry King Live. She's made cameos in top-rated shows like The Bernie Mac Show, Entourage and Curb Your Enthusiasm, and she's costarred in her own reality show, The Girls Next Door. To top it all off, she appeared on the cover of the November 2005 issue of Playboy, ensuring that even if men can't always remember her name, they'll certainly remember her body 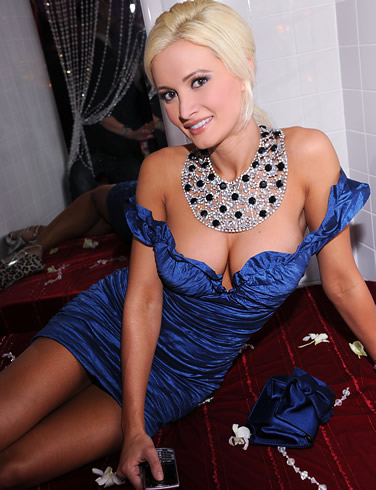 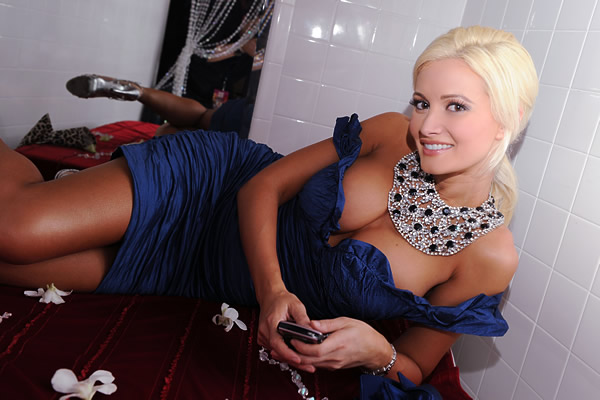 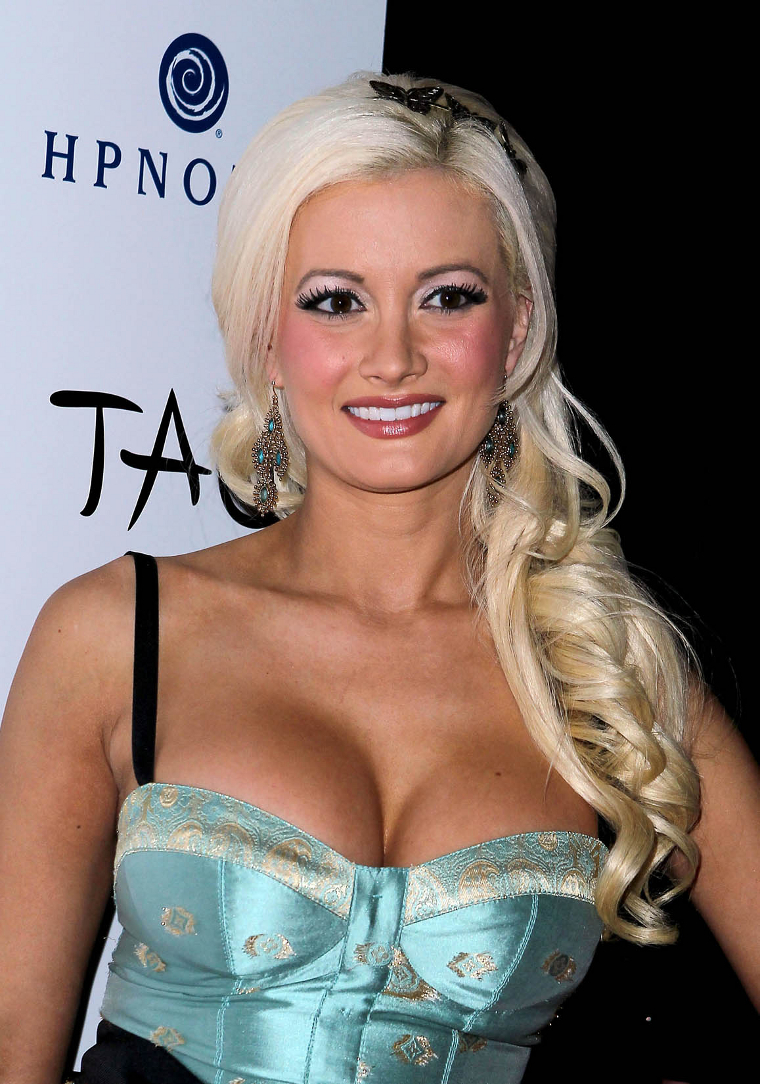 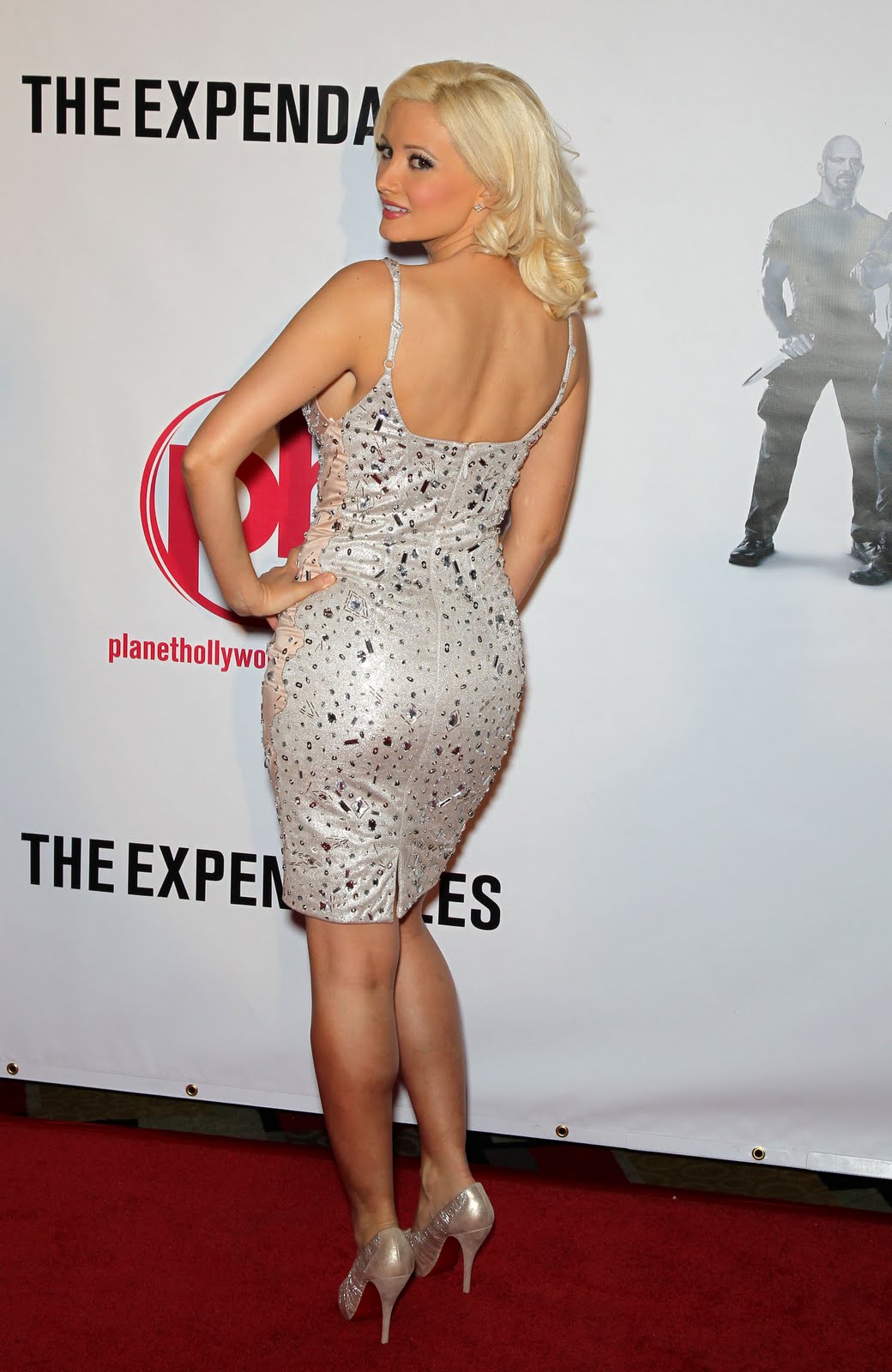 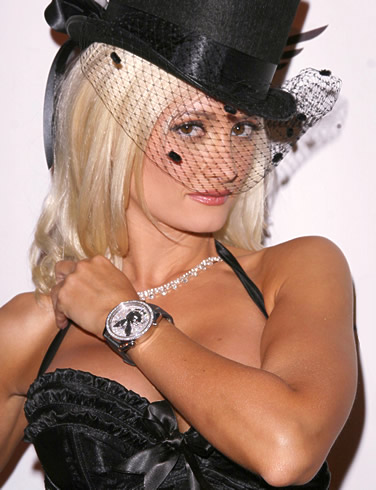 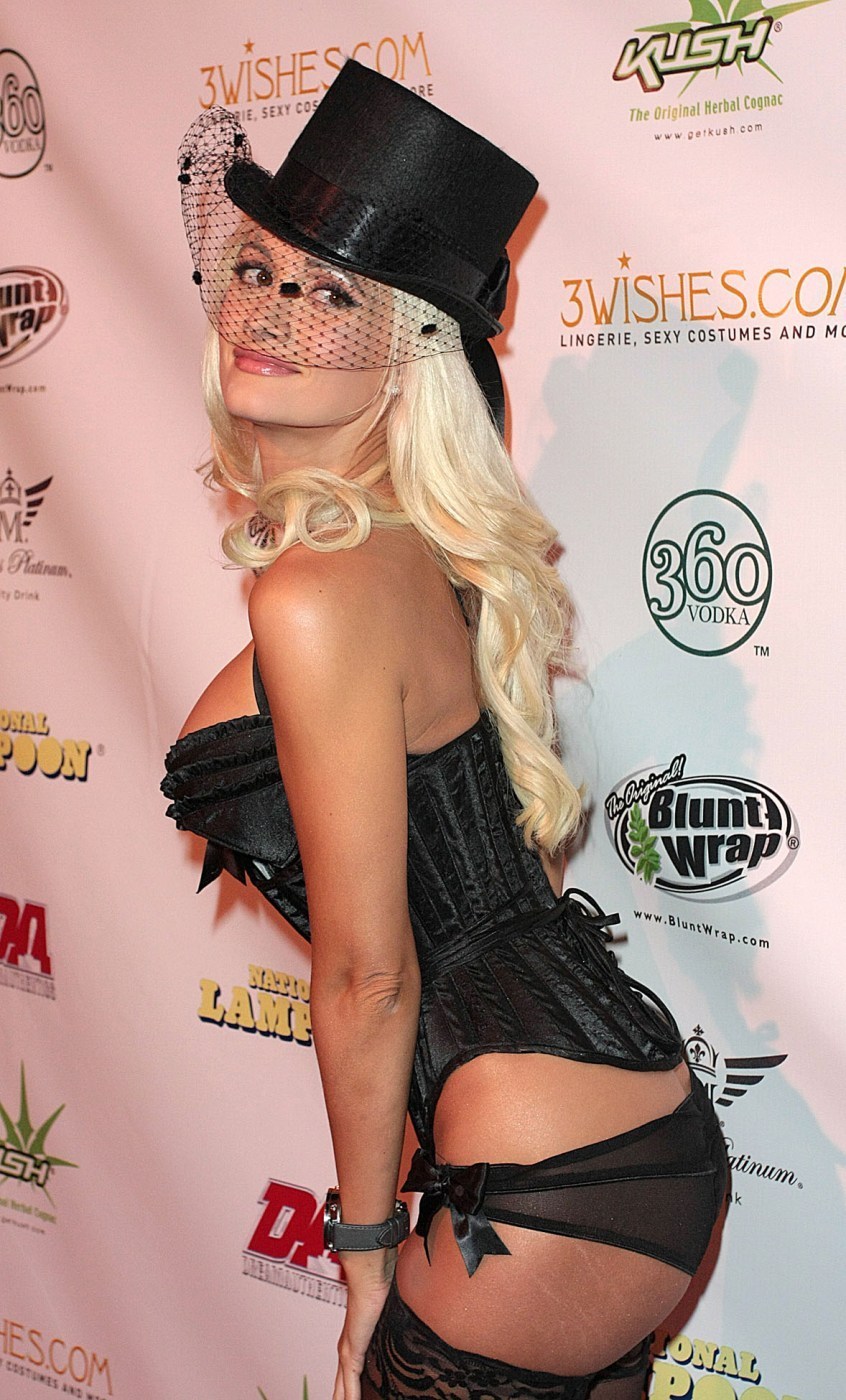 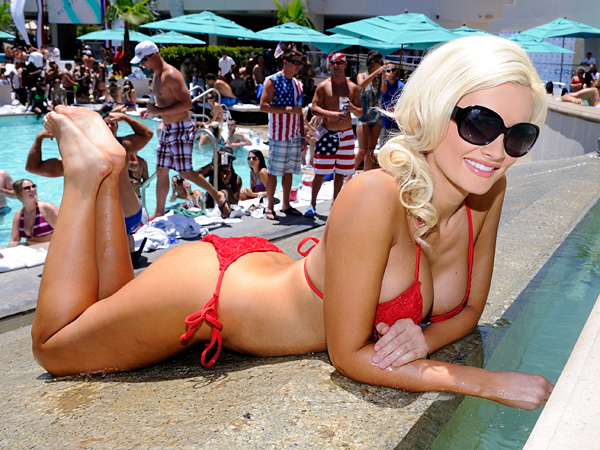 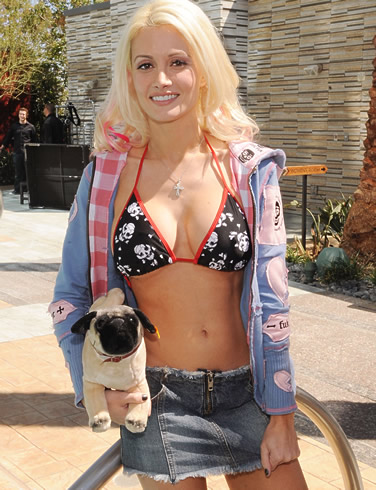 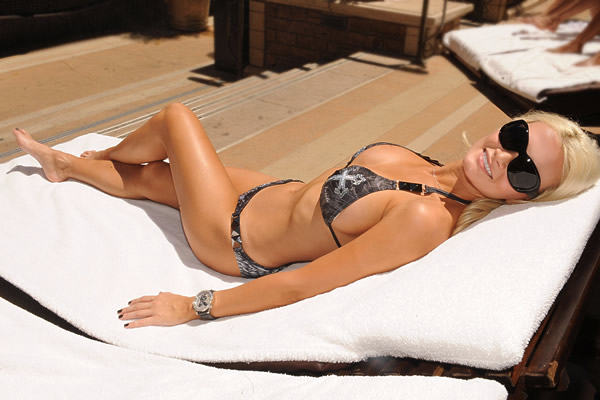 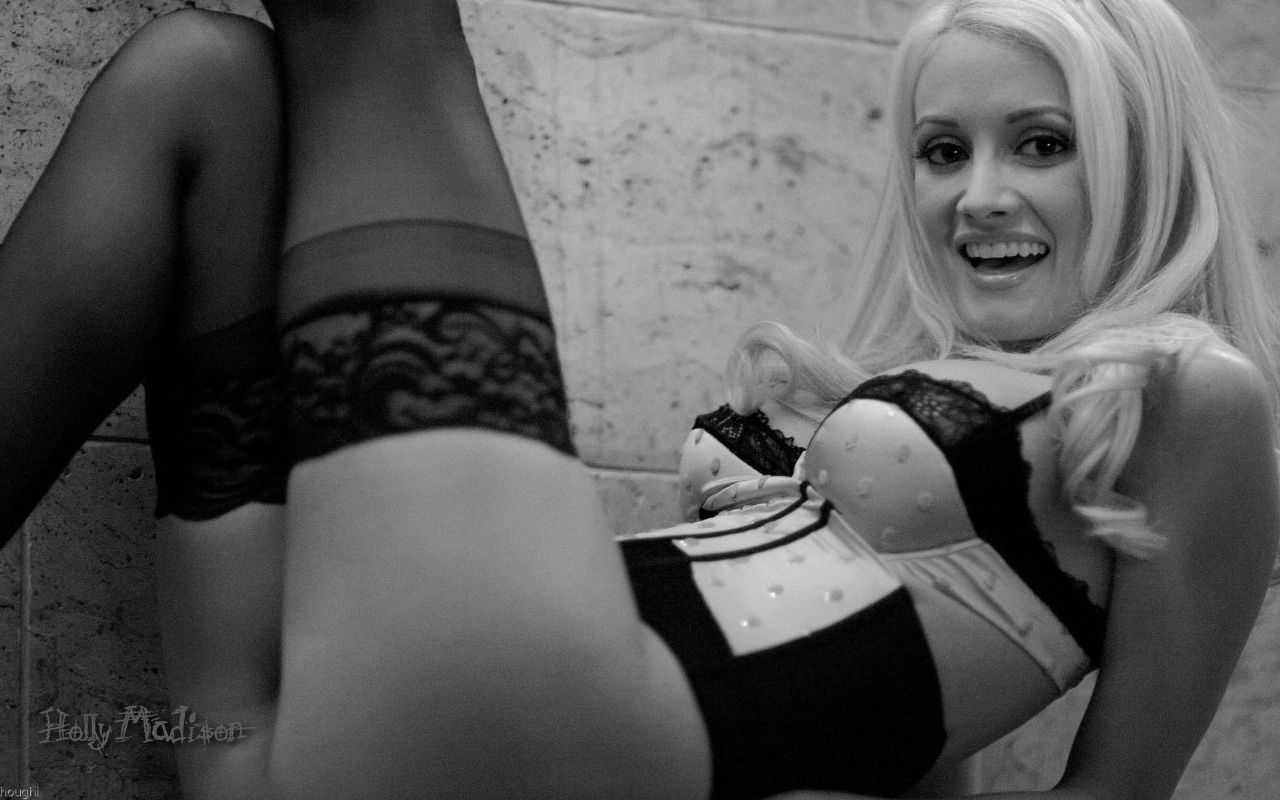 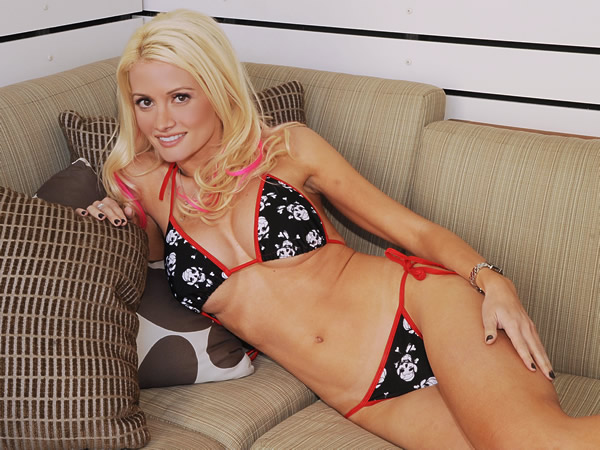